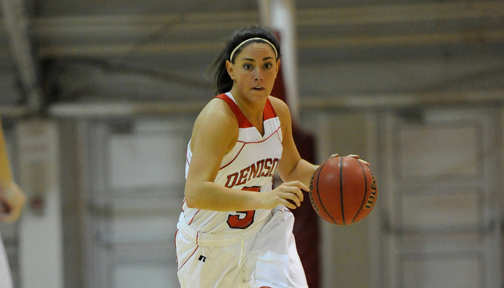 The Denison University Big Red Women’s Basketball Day Camp is open to any and all girls entering grade 3 through grade 9. The training program is designed for those who are looking to develop their basketball skills through a fun learning environment. In addition, this basketball day camp is a four-day event that is going to run from the 3rd of June until the 6th of June. Its daily schedule is set to start at 9:00 AM and end at 2:00 PM. The basketball camp is going to take place at the state of the art Livingston Gym which is on the Denison University campus in Granville, Ohio. Moreover, the camp registration which includes a Big Red camp t-shirt is $150 per player. Available camper spots are limited so registration is on a first come first served basis.

This basketball day camp will be under the direction of the Denison University Big Red women’s basketball coaching staff. All camp instructions and groupings are in accordance with the participant’s age and skill level.

The head coach of the Denison University Big Red women’s basketball team is Sara Lee, a native of Moorhead, Minnesota. She is now entering her astounding 30th season at the helm of the Big Red women’s basketball program. Coach Sara Lee is a bachelor’s degree in physical education graduate from Minnesota State University. Then, she earned her master’s degree in athletic administration at Kent State University. Ultimately, Coach Sara Lee is a five-time NCAC Coach of the Year awardee. She is also an inductee into the Minnesota State Moorhead Athletic Hall of Fame.