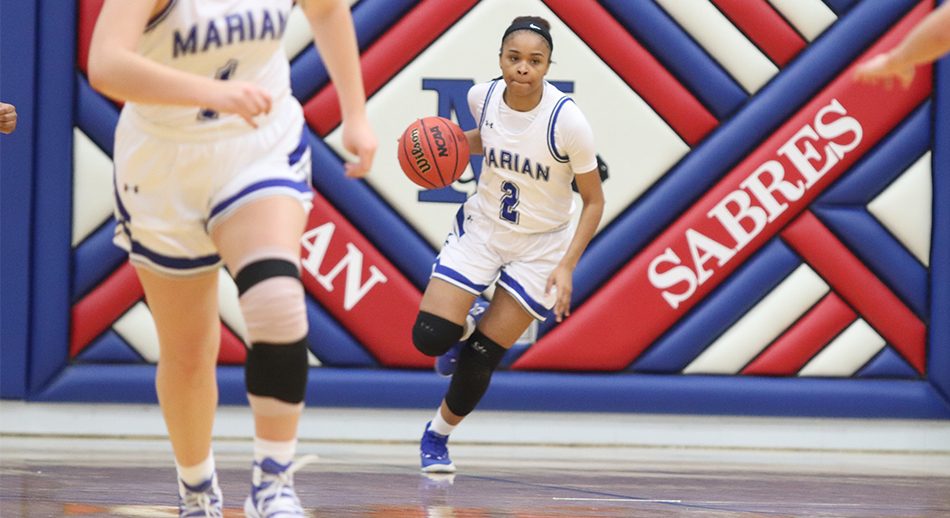 The Marian University Sabres Women’s Basketball Elite Camp is set to run from 11:00 AM until 1:30 PM on the 15th of September. Its venue is the state of the art Sadoff Gym which is on the Marian University campus in Fond du Lac, Wisconsin. This high-level basketball training program is inviting all and girls in grade 9 up to grade 12 who are serious about playing basketball at the collegiate level. The training emphasizes development in the participant’s shooting, passing, dribbling, rebounding and defensive skills. It also includes individual and group work and full-court games. This will allow exceptional basketball players to showcase their skills in front of the university’s recruiting staff. Moreover, the camp registration cost is $3 per player. The training program is set to maintain a low camper to staff ratio so registration is on a first come first serve basis.

In addition, this basketball elite camp will be under the direction of the Marian University Sabres women’s basketball coaching staff. Current university basketball players are also in attendance to meet and greet with the participants and to facilitate the event. It will be a fun but competitive experience.

Marian University Wisconsin, originally Marian College of Fond du Lac, is a private, coeducational, liberal arts college in Fond du Lac, Wisconsin. The university is an affiliation of The Catholic University of America as well as the National Catholic Educational Association. Marian University Wisconsin has several accreditations on its credentials. Among these accreditations are from the North Central Association and International Assembly for Collegiate Business Education. In the 2018 edition of Best Colleges rankings, Marian University Wisconsin is at 122nd in Regional Universities Midwest. Its undergraduate student population is around 1,700 while its postgraduate student population is around 500. The student to faculty ratio is 12:1 and the acceptance rate is at 77 percent. Moreover, its athletics teams are participating in NCAA Division III. Their nickname is Sabres while their official colors are blue and white. Marian University (Wisconsin) is spearheaded by university president Andrew P. Manion, Ph.D.

Then, the Marian Sabres women’s basketball assistant coach is Katie Golomski. Coach Katie Golomski is entering her first season with the coaching staff. She is a bachelor’s degree graduate from William Penn University.