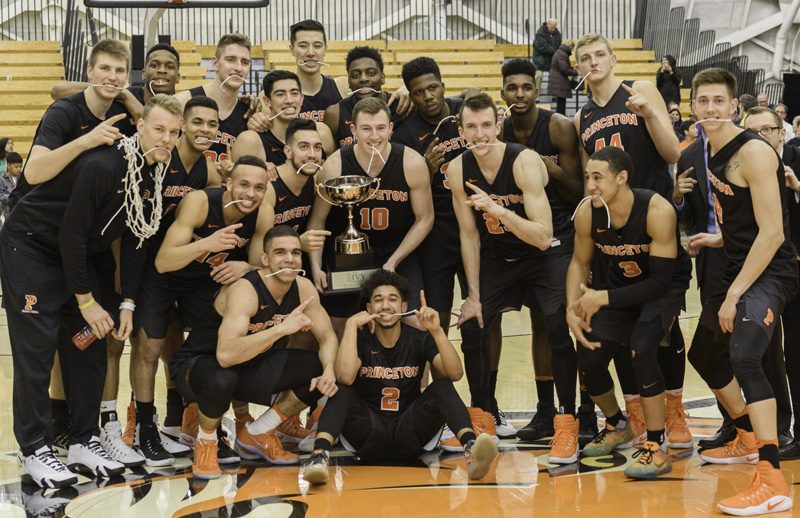 The Princeton University Tigers Men’s Basketball Elite Overnight Camp is going to run from the 26th of June until the 27th of June. It is going to take place at the top-notch Jadwin Gym which the home of Princeton basketball. This elite basketball camp is inviting all and any boys entering grade 9 up to grade 12. The training program will cover fundamental skills development drills, station works, and full-court games. Additionally, the training camp is set to maintain a 10:1 camper to staff ratio to ensure personalized coaching for every participant. The camp will accommodate both overnight and day campers. Overnight camper registration fee is $275 per player while day camper registration fee is $125 per player. This registration fee includes breakfast (overnight campers only) and a Princeton Basketball camp t-shirt.

Furthermore, this basketball elite overnight camp will be under the direction of the Princeton Tigers men’s basketball coaching staff. The training program is ideal for those who dream to take their basketball skills to the next level.

Then, the Tigers basketball associate head coach is Brett MacConnell. He is at the same time the team’s recruiting coordinator. Coach Brett MacConnell is a bachelor’s degree in Exercise Science and Sport Studies graduate from Rutgers University.

Service Type
College Basketball Exposure Camp
Provider Name
Princeton University Tigers,
Area
Princeton, NJ
Description
Join the Princeton University Tigers Men's Basketball Elite Overnight Camp. It is both an overnight and day camp that will run from the 26th of June until the 27th of June at the state of the art Jadwin Gym. The training program is open to all boys in grade 9 through grade 12. It is set to maintain a 10:1 camper to staff ratio so registration is first come first served.
Total Page Visits: 285 - Today Page Visits: 1