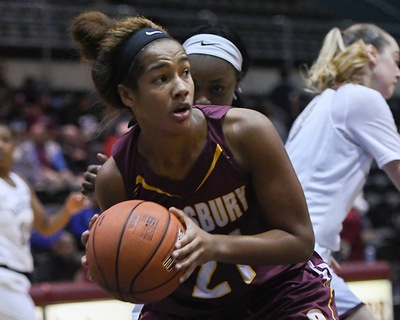 Join the Salisbury University Sea Gulls Women’s Basketball All Star Camp. It is a four-day basketball training program that will run from the 5th of August until the 8th of August. Its venue is the state of the art Northside Park Recreation Complex which is on the Salisbury University campus. In addition, this basketball all star camp is inviting all both boys and girls 7 to 17 years of age at any skill level. The training program is set to improve and further develop the participant’s shooting, passing, ball handling, and rebounding skills. It also gears on developing the player’s team skills. Furthermore, this basketball all star camp is going to accommodate both Ocean City residents and non-residents. The camp registration cost for Ocean City residents is $132 per player while it is $159 per player for non-residents. Registration is first come first serve.

Moreover, this basketball all star camp will be under the direction of the Salisbury University Sea Gulls women’s basketball coaching staff. All camp instructions and groupings are in accordance with the player’s age and skill level.

Salisbury University, colloquially just ‘Bury’, is a public coeducational university in Salisbury, Maryland. It is a member of the University System of Maryland. As a whole, the university has an accreditation from the Middle States Commission on Higher Education. Currently, Salisbury University’s total undergraduate student population is 7,861. 43 percent of this undergraduate student population are male students and 57 percent are female students. This undergraduate student population is through a selective enrollment acceptance rate of 66 percent. Correspondingly, the university’s student to faculty ratio is 16:1. Salisbury University is also among the nation’s top colleges and universities. As a matter of fact, it is 78th in the Regional Universities North category of the 2018 US News and World Reports Best Colleges rankings. It is also 42nd in the Best Colleges for Veterans rankings and 49th in the Best Value Schools rankings. In sports, Salisbury University is a member of the Capital Athletic Conference (CAC) of the National Collegiate Athletic Association (NCAA) Division III. The university athletes’ nickname is Sea Gulls. Meanwhile, their identity colors are maroon and gold. The current university president is Janet Dudley-Eshbach.